Beauty Mark: At the President’s Request 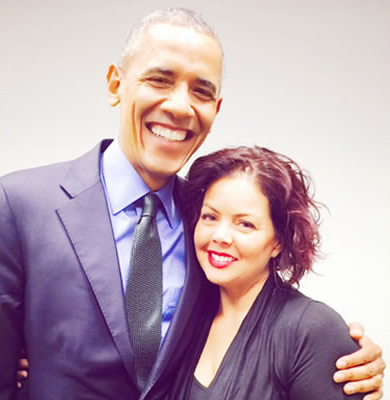 Pro makeup artist Barbara Deyo recently had the honor of working with CBS News as MUA for president Obama while he was visiting Detroit. Excited to learn about her experience, I sat down with Barbara to hear her story. The following is a transcription of that interview.

“I got a call from Julie Black, Jeff Daniels assistant. She said that I should expect a call from CBS and that they had an urgent job they needed me for. When CBS called, I had it in my mind that I was getting booked to do Daniels’ makeup again. CBS asked if I was available tomorrow. I really wasn’t and I wasn’t sure if I could clear my schedule. The CBS rep told me that it would be worth my while and that my clients would understand. I said, ‘They’re pretty understanding if it’s for something really cool’. The rep said, ‘It’s pretty cool. It’s for the president’. My response was a confused, ‘I’m sorry, for who?’ The rep said, ‘For the president of the United States, Barack Obama’”.

READ MORE AT THE METROPOLITAN